News from the Control Tower: Our weekly curated list of news stories affecting you and your finances.

This week’s reads include:

Observers think China's political economy is poised to see major changes. Many believe that Xi will change the pattern of property ownership in the country.

2. Google Workers Speak Out About Why They Formed A Union: 'To Protect Ourselves'

From a stern talking-to from HR to being demoted or forced out after speaking out, stories about bristling tensions between Google workers and executives have consumed the tech giant in recent months.

3. The ‘Small-Cap Effect’ Isn’t Dead, After All

New research finds that the tendency of smaller stocks to outperform large-caps over time still exists, but almost exclusively within the S&P 500 itself. 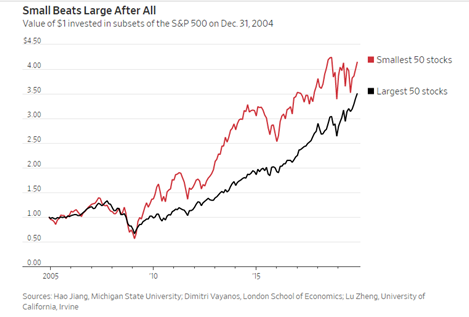 Blacks and Latinas lost jobs in December, while White women made significant gains.

Bonus: Our own Amanda Vaught quoted in the New York Times on her post-pandemic plans

What's the First Think You Will Do When the Pandemic Ends?